This week Explore My City is being presented by Jennifer from The American Faultier giving us a look at what there is to see and do in Mannheim, Germany

Mannheim is the closest large city to where I live in southwestern Germany, so I will travel there often either alone or with family members to shop or go to events.

Mannheim is very easy to reach by train and has an extensive tram network within the city. It can be a huge pain to drive through the city center, between traffic, one-way streets, and a quadrant address system instead of street names and number. I definitely recommend purchasing a day ticket. They start at 6,40€ for one person and it costs 2,50€ per additional person up to a group of five.

The city center is a giant circle. The main train station is on the out edge, but a short walk or tram ride take you to the Wasserturm (Water Tower) which marks the entrance to a pedestrian-friendly shopping area and is home to one of several Christmas markets in the winter. You can shop along the street or continue on the tram to the Paradeplatz, which is an open square that seems to always be full of people when the weather is nice out.  This is also the location of the Oststadt Theatre – which I have yet to attend a show at.

My fiancé and I are more likely to travel a bit outside the city, to the SAP Arena, to watch the Adler Mannheim hockey team play when we are looking for evening entertainment.

If I’m travelling around the city, though, I generally will take a break here. There are a few grocery stores nearby (Rewe, Lidl, and Aldi) where I’ll buy something to drink or a snack if needed, rather than paying more at a bakery or snack shop. From the Paradeplatz, it’s another short walk or tram ride to the Marktplatz, which is another square. This one has an open market on Tuesdays, Thursdays, and Saturdays. Most cities will have these, but being a larger city, Mannheim, of course, has a fairly large one. The last time I was there, we noticed that they had some very good prices for Spargel (white asparagus). I’m not sure if it was because Spargel season was coming to an end or because there were so many stands competing with each other.

Outside of the main city center, there are three other places in Mannheim that I’ve been to that I would highly recommend – these are also all easily reached via tram.  As I mentioned before, my fiancé and I go to the SAP Arena to watch hockey.

The Mannheim team is very good, so I would recommend that hockey fans catch a game if they’re around during the season.  It’s also an event hall – they have music shows, stand-up comedians, and a Cirque du Soleil show in October! Near the SAP Arena is the Maimarkt, which is also an events hall. During the spring, they have stores and vendors from all over come by and set up stalls. I went this year and took a ton of pictures.  If you are settling into the area, I would definitely check it out when the time rolls around; they have a ton of household goods.

LIKE THIS? WHY NOT TRY
A weekend break on the Suffolk Coast

They have other events there throughout the year, though, some are more kid-friendly than others, so I would check out the descriptions before bringing little ones along.

I would also suggest, especially to those with children, the Luisenpark. I, unfortunately, cannot find any pictures, but I am hoping to head there soon as I can – I got a picnic basket for my birthday that needs breaking in.

There is an entrance fee (6€ for adults, 3€ for children), but it is completely worth it. There are gorgeous gardens, animal habitats, a greenhouse with multiple climate areas, a playground (which my fiancé wouldn’t let me play on because he said there was an age limit), a tea house, small gondolas you can ride around the lake – it’s wonderful. You could easily spend the day there. My impression of it was like a small zoo and botanical garden combine. If you visit Mannheim, I highly recommend that you visit there.

A Little More About Jennifer

I’m Jennifer, from The American Faultier (http://americanfaultier.com), and I’m an American who has been living in Germany for a little over a year and will be marrying a German this August. I like to take pictures of everything I see that strikes me as funny or interesting, and then write about it on the Internet – I primarily focus on the strange abundance of American flags and the awkward use of English on everyday products. I’m currently a freelance English teacher because a girl’s gotta pay the student loans. While I don’t have kids of my own, I do have an adorable little German nephew.

Thanks to Jennifer for sharing this unique little part of the world with us.  Enjoyed this? Why not come and have a look at some more of the Our Globetrotters Explore My City series including a local’s guide to Stuttgart. 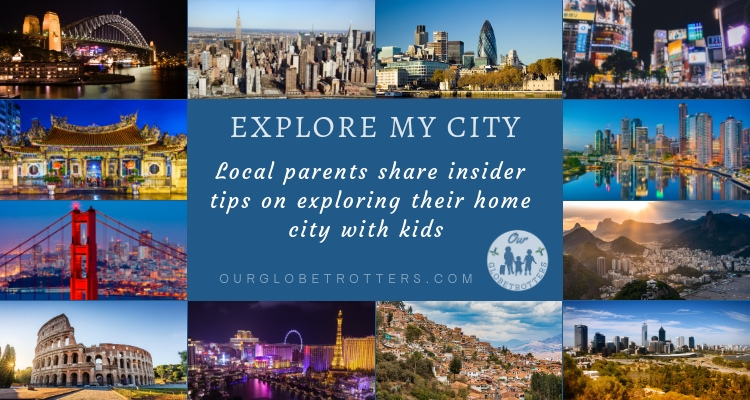