A family thumbs up for service with Virgin Australia 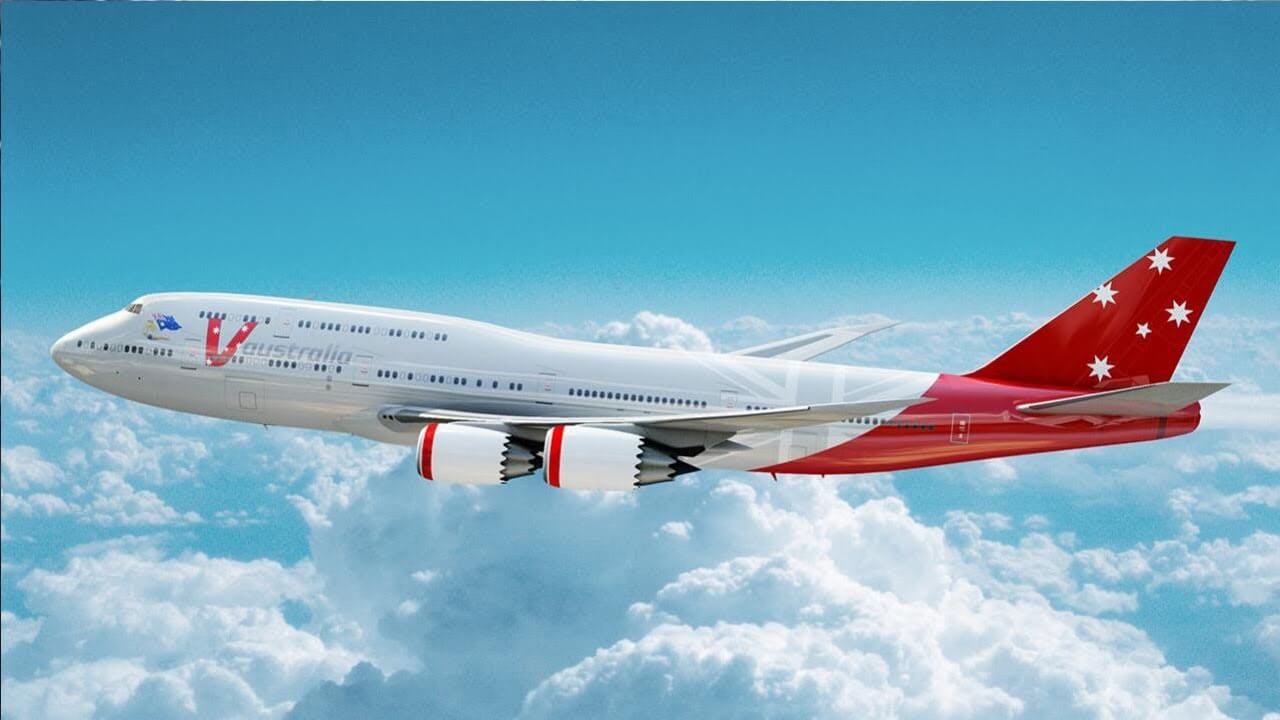 We are delighted to welcome to the Globetrotters blog for the first time this week Kirsty Hill, a fellow mum of three, currently residing in Australia who runs the family travel blog Travel with Meraki.

As part of our family airline reviews series, she shares with us her recent experience flying Virgin Australia from Sydney to Los Angeles – a 14-hour non-stop flight with 3 kids, on her own! Take it away Kirsty….

My first solo flight with three children was the only flight I’ve actually ever worried about prior to departure. I’ve flown with babies, toddlers and children. I’ve flown for 4 hours to 32 hours. But always with an extra pair of adult hands.

Let’s just say I had already had nightmares about every possible scenario before our Sydney to Los Angeles flight to meet my husband who had flown a couple of weeks prior for work. Luckily reality never caught up with my vivid imagination. Normally I like living on the edge and leave choosing seats till the last minute but on this flight, I really didn’t want to take any chances that my children, who were 9, 8 and 6 years old, weren’t sitting with me. The 3-3-3 configuration had me in a bit of a panic… was I better behind the kids…across the aisle…in front? 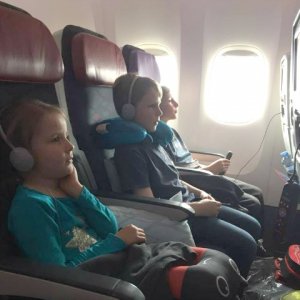 I ended up choosing to sit across the aisle and selecting seats online through Virgins website was quick and simple.

Checking in at Sydney was painless and the terminal staff were friendly. They were quick to interact with the children and ask them about their upcoming adventures.

Virgin Australia did offer priority boarding with children. Now my children are older and we had checked in all our bags except a small backpack each, I preferred to let the kids stretch their legs for as long as possible and be one of the last to board the plane.  Staff were polite and quick to make sure lines moved along well.

Onboard I found the seating to be comfortable and leg room to be the average economy.  I was lucky enough to have a spare seat next to me as well as a considerate individual in front of me who did not recline their seat fully (a rare creature I’ve discovered from all our travels).

Not being able to see what the children were watching was a concern until one of the cabin crew asked just before takeoff if I would like to restrict the content on their screens once we were in the air. Such a great feature!!

The entertainment kept the kids busy for the whole 14-hour flight with shows, movies and games. There was also plenty to entertain the grown-ups although I found it to be a little lacking in brand new releases.

There was a USB charge in the seat which was great for the children devices.

I can’t comment on the children meals onboard. I have stopped ordering special children meals for my children after discovering most airlines seem to like plying children with as much sugar as possible in their meals. I’m not sure what the thinking is behind this. A long haul flight and hyperactive kids aren’t my idea of a good time flight.

LIKE THIS? WHY NOT TRY
Garuda Indonesia Family Flying Airline Review

Our meals were tasty and there was plenty offered. The cabin crew were quick to let my children ask for fruit and other snack in-between meals too. They were also very courteous in asking the children what they wanted then nodding across the aisle at me to make sure this was okay with mum. 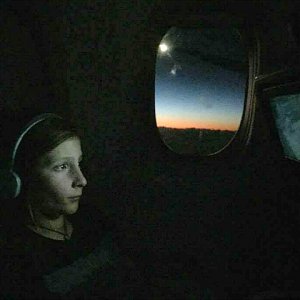 All the cabin crew made sure to smile at the children whenever they passed and stopped to have a little chat at various times during the flight. This was much appreciated as it was a flight which arrived at LAX 3 hours before we left Sydney technically because of time zones. Meaning we had a whole day ahead of us as soon as we landed. Trying to get the children to sleep was not an easy task.

I had a family sitting in front of me with a small baby and I noticed staff were helpful in regards to heating bottles and helping to set up the infant cot.

I’ve flown various airlines now with children and have a few that we will probably stay well clear of for future flights. Virgin Atlantic is a company I would be more than happy to use again though…even solo with three kids.

You can see more from Kirsty at her blog Travel with Meraki and also check out her Instagram, a stunning take on how beautiful family travel can be.

Have you flown with Virgin Australia?  How did your experience measure up?

Do you have an airline review you’d like to submit? Pop on over to our guest opportunities to learn more.