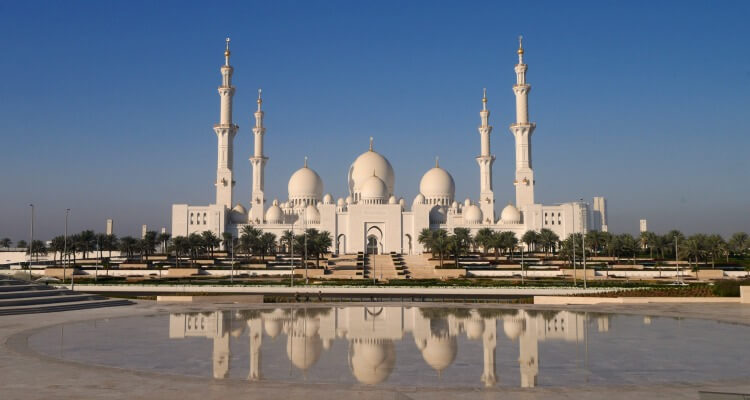 Not only is it one of the most architecturally magnificent buildings in the world, it is a house of worship accommodating up to 41,000 people during peak times, and the resting place of the founding father of the United Arab Emirates, the Late Sheik Zayed bin Sultan Al-Nahyan “May Allah rest his soul in peace”.

Located at the entrance to the city on Abu Dhabi island, its hard to miss its pristine white walls, domes and minarets during the day, or to stare in awe at its imposing nighttime silhouette.  It is undoubtedly a modern wonder. 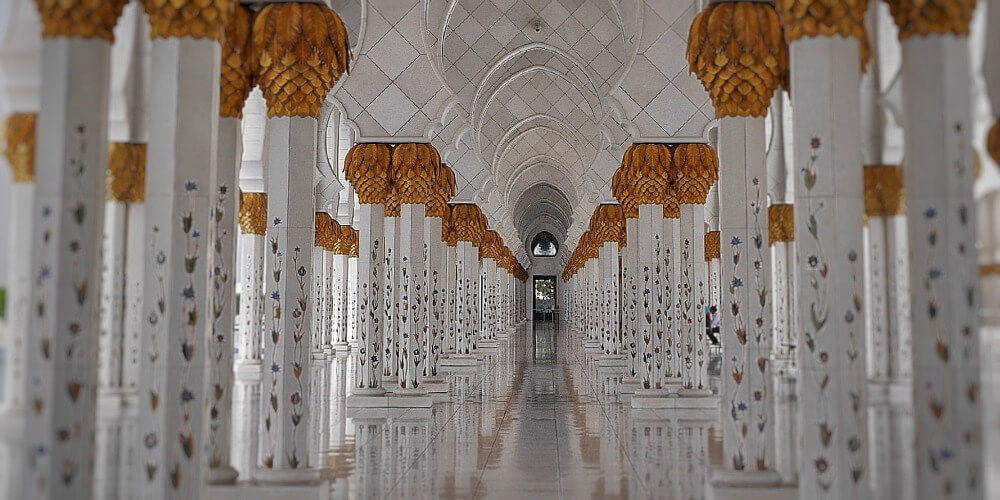 A few interesting facts to know about the Grand Mosque 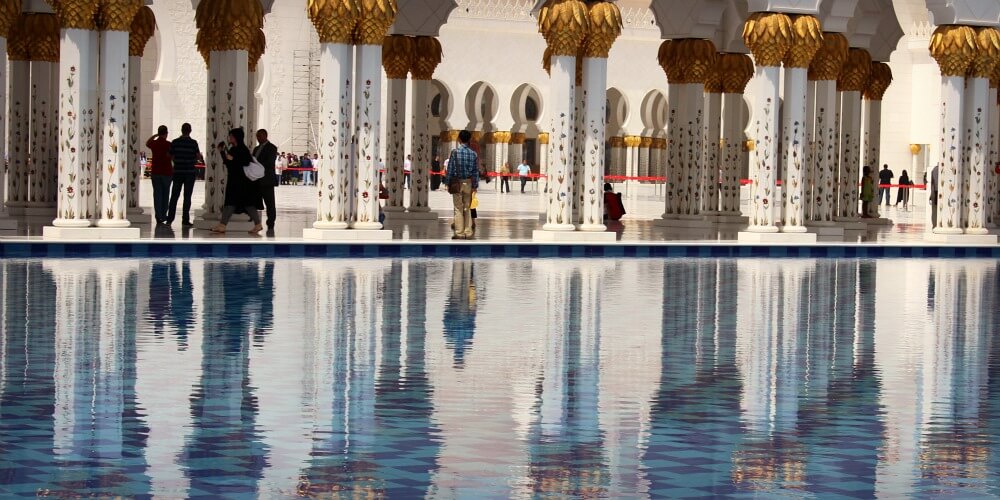 We have taken our overseas visitors to the Grand Mosque on several occasions now, with many combinations of our three children in tow (all under 6 years old).  If I’m honest, it’s been very hard work.  They are small and have little interest in marvelling at architecture, waiting patiently while you line up photographs or listening to ‘boring’ explanations. They want to run and touch where they shouldn’t, they want to be carried, they want to use their outside voices and swing on the ropes.

Maybe it’s just my children but I certainly find it’s a handful.  But the mosque is absolutely not to be missed off your Abu Dhabi itinerary, so how can you best prepare yourself for a visit to such a significant and holy place?

LIKE THIS? WHY NOT TRY
Best UAE Staycation Destinations in the Summer 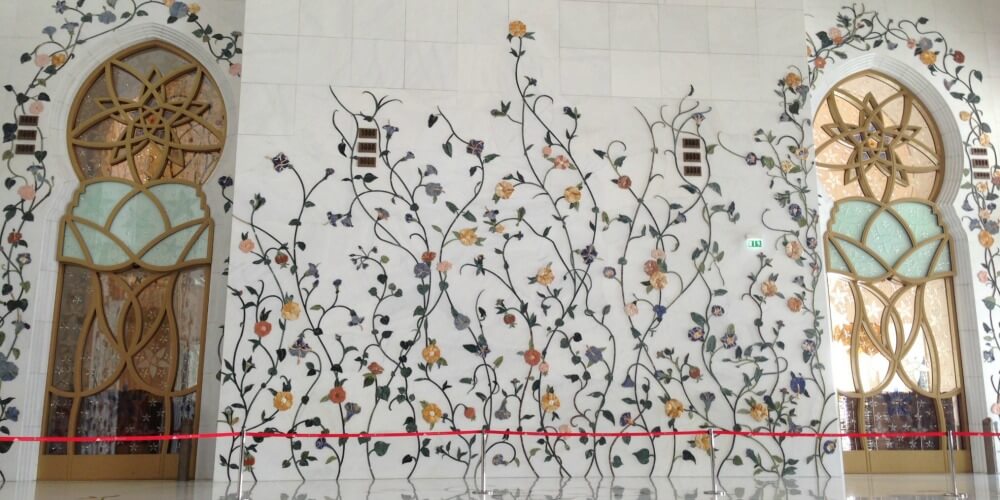 Tips for visiting the Grand Mosque with kids

(Top tip – if you really fancy the idea to dress up and experiencing part of the local culture, then you can deliberately come with uncovered legs to be sent to the hire room – there is no problem or shame with this)

LIKE THIS? WHY NOT TRY
Legoland Dubai to open October 2016

The closest hotel and the only one that is really walking distance if the weather is cool enough is The Ritz Carlton.  This imposing hotel is immediately over the freeway connected by the pedestrian bridge to Wat Al Karama.  It’s also one of our top recommended stays for families with its restaurants and facilities if budget permits.

LIKE THIS? WHY NOT TRY
Family Staycation at The Cove Rotana Resort, Ras Al Khaimah

The best distance views of the Mosque are captured from Bab al Bahr where there are several hotels including the Fairmont, Traders Hotel and the Shangri-La.  When staying at these hotels you will likely be charged more for a waterside/mosque view room but waking up to see this stunning beauty?  Completely worth it! 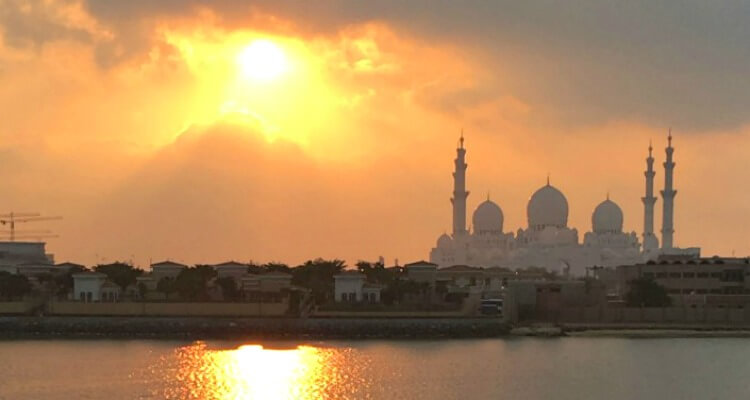 How to get to the Grand Mosque

From any hotel in central Abu Dhabi or from Yas Island it is an easy taxi drive, and plentiful drivers wait in the taxi ranks to take you to your next destination.

If you are squeezing in a visit between flights from Abu Dhabi airport, it’s only a 15-20 minute drive away.  Allow yourself at least a 4-hour stopover with time to clear immigration at both ends if you are trying to fit it in.

From Dubai, you can hire a taxi, private car, or look to join a tour, below are some of our Get Your Guide partner suggestions for tour companies.

It may not be the most entertaining place for kids, but without a doubt, just be prepared for what lies ahead and make sure its an essential part of your agenda for visiting Abu Dhabi.

No matter how many times I take visitors, I still discover something new to admire, see things from a different angle and learn more about this architecturally stunning place.  Kids will be kids but there have to be moments that are for adults too, don’t miss Sheik Zayed Grand Mosque off your UAE agenda for their sake. 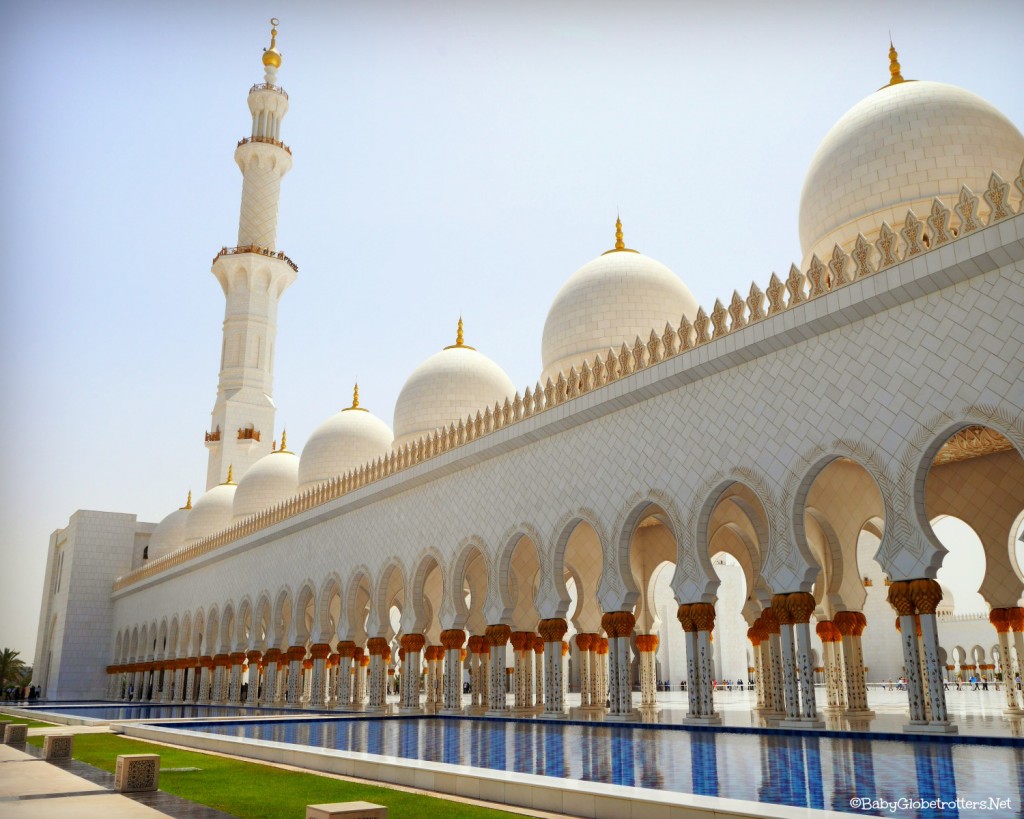 (always subject to change in the UAE and hours may vary during summer, Ramadan and other religious occasions – please consult the Sheikh Zayed Grand Mosque Center for current information) 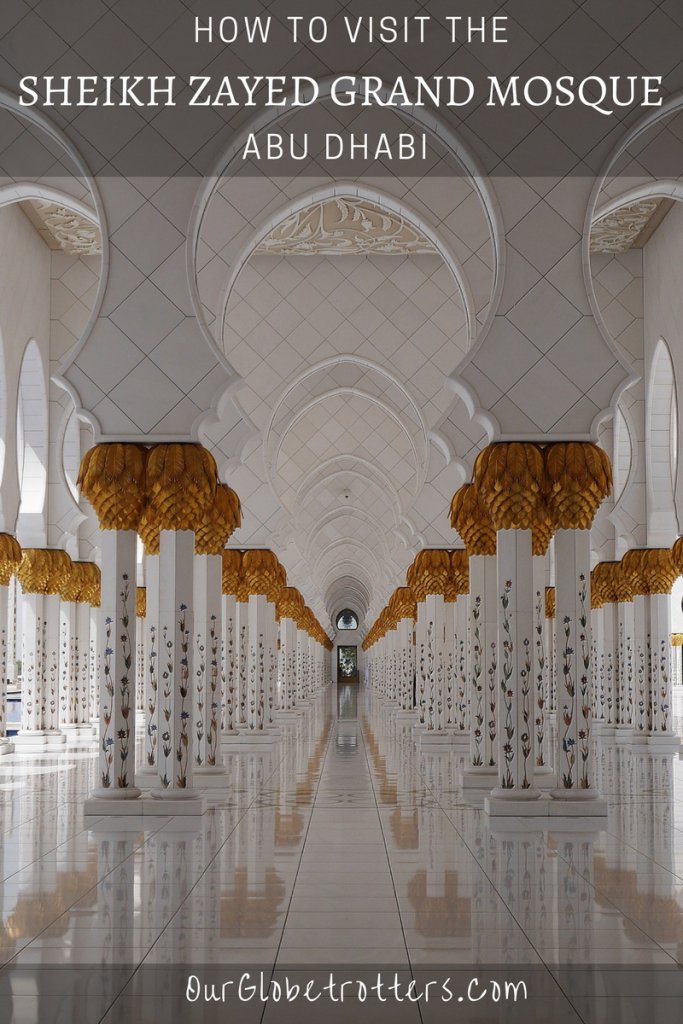 Have you visited the Sheikh Zayed Grand Mosque in Abu Dhabi?  What were your highlights? Did you find something the kids really enjoyed?

Disclosures: This page contains affiliate links. If you make a purchase through these links we may earn a small commission. Our full disclosures policy can be found here.